Toy cars have been a popular item since the dawn of toys. Was there any way to put a different spin on an unorginal idea?

Micro Machines are a line of miniature toys originally made by Galoob. They were conceived by a man named Clemens V. Heeden Jr and were made up of micro-sized cars and playsets. They were famously advertised by Guinness Book of World Records fastest talker, John Moschitta Jr.

Micro Machines were awesome. I, like probably every other kid out there, loved anything to do with a car. Hot Wheels are a mainstay in any kids toy collection and we all probably grew up on Tonka Trucks. There’s something about machines that will always have an appeal. Probably because you’re not allowed to go anywhere near them.

For toy manufacturers, however, how do you still tap into the popular toy car market but create something different? Every car ever has already been made into toy form and how do you compete with a juggernaut like Mattel’s Hot Wheels?

You shrink them down.

This was all it took to create a new line of car toys that caught on like wildfire and would end up making hundreds of millions of dollars. Micro Machines spawned an epic video game and a substantial place in a classic Christmas movie.

O.K let’s check this out and remember, if it doesn’t say Micro Machines, it’s not the real thing!

You can go the podcast route or keep reading!

The History Of Micro Machines

So our story starts in the frozen tundra of Wisconsin and a guy named Clemens V. Heeden Jr. He owned a toy shop with the greatest name of all time, Fun City USA, in Sturgeon Bay WI.

Not long after opening Fun City USA Heeden started coming up with the idea for Micro Machines. He had regularly gone to toy fairs and ended up meeting someone from the old toy company Galoob.

Realizing Heeden was an inventor it was mentioned to him that Galoob wanted to get into the toy car business. But they wanted something that was new, and that also would be reasonably priced. would come up with a way to make the cars more affordable: he cut down on the size. Shrinking the form factor would reduce the cost of materials and allow for a cheaper price point.

He worked with a model maker/designer and didn’t take long to come up with 24 designs for some micro cars along with the packaging.

Heeden might have been able to shop around this new idea but he was committed to providing something to Galoob and it turns out they loved the idea. Galoob wanted to sign a contract immediately and get these little cars on the market.

To me, Micro Machines had one of the best and most memorable, all-time marketing campaigns for a brand new toy. Every kid would become aware of Micro Machines and this was all due to the work of Better Call Saul Jodell and David Galoob.

These two were the masterminds behind the marketing for Micro Machines. From day one, their vision for the toy line would be seen through resulting in it becoming the overwhelming success that it would become.

Micro Machines would be introduced in 1986 and their success might not have just been because of their unique in minature look, it may have come down to a fast talker.

You might not have known his name but you know exactly who I’m talking about. The face, and more importantly the voice, of Micro Machines, would be centered around Guinness Book Of World Records fastest talker, John Moschitta Jr.

Moschitta Jr was born in 1956 and was a singer and actor who had the ability for extremely rapid speech delivery. He has the ability to articulate 586 words per minute and held this record until it was broken in 1990. It was by a guy who could do 637 per minute and then again in 1995 by 655 words per minute. Apparently, there are questions to the legitimacy of those new records.

He would end up appearing in over 750 different TV and radio commercials and burst on to the scene in a FedEx commercial in 1981. He also appeared in a ton of shows that you may or may not remember including:

And most importantly to kids of the ‘80s, he was the voice of Blurr in the Transformers Movie.

His involvement in the Micro Machines commercial’s made them stand out compared to pretty much everything else at the time. His dialogue in the commercials was not enhanced or edited in and what you’re hearing is actually John Moschitta letting ‘er rip.

He kind of dressed like Super Dave Osborne and was selling these very cool looking miniature toys. Everyone loves miniatures…

So they come out in 1986 and right off the bat include quite a lot of different varieties. They were based around popular cars and trucks at that time and would also include vehicles like

They also included some pretty cool playsets which were also sized down and could act as a carrying case for the vehicles. Along with that, they would also create some cool varieties of vehicles such as color changing cars and “Private Eyes” where you peek inside and see some illustrations.

In the ‘80s they would introduce the “Insider Series” which would include a small vehicle inside the standard Micro Machine. The body and chassis were connected with a hinge and you could lift up the larger Micro Machine and find a smaller, and completely different, car underneath it.

It was a pretty creative toy line when you think about how unique Micro Machines were to being with.

Put this all together and it worked well for Galoob. From their introduction in 1986, Micro Machines was the largest selling toy car line in the United States for the next 3 to 4 years. It exceeded the combined sales of Hot Wheels, Matchbox, and Majorette combined.

This honestly might have been my favorite video game of all time. It captured the essence of Micro Machines, it was fun but also challenging as hell. Even if you blew it on a course you wanted to immediately try again. I don’t remember too many other games where I honestly would never give up no matter how frustrated I was.

A bunch of versions would come out over the years but I’m going to focus on the original one for the NES. It was developed by Codemasters and also came out on things like the Amiga, Sega Genesis, and even MS-DOS.

There were some licensing issues with Nintendo and Codemasters would use part of a previous game called “California Buggy Boys” as the base of the game. The game was released but with a major glitch: when you reversed at the start of the first race causing the game to crash.

Micro Machines would be released for the NES by Camerica and Nintendo had wanted development halted because Codemasters didn’t have a license from them and would sue Galoob over the sales. The courts ruled in favor of Galoob and this would cause lower sales than Nintendo had been hoping for.

This was a top-down racing game meaning you observed from above and not in the car. It used a variety of vehicles and took place in various, unconventional tracks. It was basically like Honey I Shrunk The Kids but with a sports car.

We had the gold cartridge version which I think I got in a trade with some kid for a few crappy games I didn’t want anymore.

Some of the epic tracks would include a pool table, a garden, and a table with some spilled breakfast cereal and giant Cheerios. There was an awesome bathtub course where you would race boats, tanks that could shoot, and Formula 1 cars.

If you went off the track you would be placed back on it and you could compete in a Micro Machines Challenge against computer racers or a head to head challenge.

The game received critical acclaim and had that addictiveness factor that I mentioned earlier. Many critics praised it and it appeared in a lot of top game lists.

And then they made their big screen debut. Aside from Lego, there might not be anything worse to step on than a Micro Machine, just ask my parents. And their use as a torture device made a nice appearance in the original Home Alone.

In setting up a defense of his house Keve Mcallister would place Micro Machines on the floor around Christmas ornaments, and you know the rest of this.

There were concerns by parents that kids were going to start copying the booby traps from Home Alone and leave traps containing Micro Machines all over the house. This wasn’t really necessary as if there was a loose Micro Machine anywhere there’s a good chance that someone’s going to step on it.

A medical examiner also did a review of the injuries that Marv and Harry would have suffered during that first movie and questions that they both wouldn’t have been able to recover in time for the sequel.

Micro Machines would evolve over the years and into the ‘90s and start tying in other properties such as Star Wars, Star Trek, James Bond, and Indiana Jones. Galoob would become part of Hasbro in 1998 and Micro Machines didn’t fare too well. They tried to repackage the toys but it didn’t really catch on. By 2006 the only time you would see the brand name of Micro Machines was on detail panel of the Star Wars and Transformers Titanium series.

When the Force Awakens came out Hasbro released some new set of themed Micro Machines but it only lasted a year. They didin’t try anything with Rogue One and sure as hell didn’t with the Last Jedi.

All in all Micro Machines were a great toy, a great video game and probably existed at some point in your house. You may not even remember buying them, or getting them as presents, they just sort of appeared. Like Lego.

They were kind of a novelty but had a charm about them, in the long run, they probably won’t replace Hot Wheels or Matchbox but they definitely made a huge dent in the 1980s toy market.

And in the bottom of your foot. 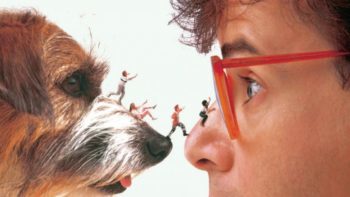