With apologies to Superman, Spider-Man, Batman, Captain Marvel, etc; if you can be a superhero due to the power of bananas, you’re the ultimate hero.

Bananaman is a blue and yellow superhero that gets his powers from eating bananas. He first debuted in the Nutty comic in 1980 before moving over to Dandy and then Beano. There was also a Bananaman cartoon that aired from 1983 to 1986.

With all due respect to the Avengers, they really will take anyone. The best example of this is Hawkeye. As the great Patton Oswalt points out, did they find him at a sporting goods store? His real ability is just the bow and arrow. He doesn’t have a single superpower. The next step in the recruitment would be approaching someone at said sporting goods store because they liked the way a guy played tetherball…

Nick Fury really had no excuse for not including Bananaman in the Avengers based on the hiring criteria. If Howard the Duck is technically an avenger, so should Bannaman be.

I grew up in England, so a big part of my life was Beano comics. I loved Dennis the Menace, the Bash Street Kids, and also Bananaman. My Grandpa would take us to get the weakly Beano, so I was very familiar with Bananaman even though he wasn’t a thing in North America.

So if you’re not from the U.K, and didn’t grow up on Beano, Dandy, Top of the Pops, Blue Peter, etc, there is a whole world of pop culture you’ve never heard of. Bananaman is one such character. Here’s the quick rundown on who/what he is:

On 29 Acacia road in the town of Nuttytown… lived a young boy appropriately named Eric Wimp. Eric leads an amazing life as not only is he a regular kid, he leads a double-life. Every time Eric eats a banana, he turns into – you guessed it – Bananaman! He first got this power after eating a special banana as a baby. The banana was filled with “Saturnium” placed in there and accidentally left by the evil General Blight.

There is a different origin story which we’ll get to in a bit, but this basic version is the most well-known thanks to the cartoon show and later comics.

He wears a blue and yellow costume and has some of the traditional superpowers. He can fly, he’s strong af apparently with the strength of not just twenty men, but twenty BIG men. Like me, he’s strong but not very bright. He is said to “have the muscles of twenty men, and the brains of twenty mussels”.

The idea with Bananaman is that he doesn’t lose the insecurities and shortcomings of his alter-ego Eric. Bananaman remains naive, innocent, and even foolish. He may be less emotionally developed than Eric Wimp himself.

Despite all this, and even though he’s powered by a yellow fruit – he’s still a superhero. He has the ability to recharge himself by eating more bananas which gives him a video game-type boost. Like any great superhero, he has a sidekick which in this case is a crow.

This works out well for everyone as the crow is able to track down bananas when he’s in a pinch. But not so fast with all this: it’s not like he can just eat a ton of bananas and move a building. If he eats too many he immediately ends up obese. I guess this was a good lesson on childhood obesity issues in the U.K.

“Ever alert for the call to action” he is like Superman, but filled with potassium. The whole idea with Bananaman is that he is a real parody of traditional superheroes – and with him, it was like the creators were “taking the mick.” (non-brits will have to look that one up)

Other Characters Over The Years

Every good superhero needs an adversary, and in the case of Bananaman, his was the evil General Blight. There would be various criminals that would come through on a weekly basis in the comic, but Blight was his main foil. General Blight was pretty much a Hitler parody, but still one that needed taking down a notch.

He also had his form of the Venom character from Spiderman in the form of another fruit counterpoint named Appleman. I feel like apples are too friendly of a fruit to make them so villainous. But the battle between bananas and apples has raged on for years. There was also Skunkwoman (their version of Cat Woman).

Bananaman has his own version of Commissioner Gordon who in this case is named Chief O’Reilly. Here’s another classic stereotype rammed down our throats as the chief is a stereotypical Irish policeman. His patience often runs thin with Bananman who constantly ends up accidentally destroying the police station.

Like the citizens of Metropolis, no one has any idea that Bananman and Eric Wimp are one in the same. In the case of Metropolis, they seem to be quite a lot duller to not recognize that Clark Kent is Superman only with glasses.

The Creation Of Bananaman

Even though Bananaman was a staple of The Dandy comic, he actually didn’t start out there. Bananaman was created mainly by Steve Bright. Bright wrote and developed the character, but he was drawn by a guy named John Geering.

Geering was a British cartoonist who worked for a lot of top comics including Beano, Dandy, Sparky, and worked in animation. He created Smudge in the Beano comics and also worked on projects like Danger Mouse, Count Duckula, and the BFG film.

Geering and Bright wanted to come up with their answer to Batman and Superman. England had Marvelman, but they wanted to go the humorous route. But Bananman wouldn’t first appear in Dandy or Beano; he appeared in Nutty.

Nutty was a British comic that had a short run in the 80s running from 1980 to 1985. It would eventually merge with Dandy, but it’s where Bananaman made his debut. It didn’t take Bananaman long to catch on and he would be by far the most popular character in Nutty – probably the main reason why Dandy would end up acquiring them.

His first appearance in Nutty would take place on the back page in the very first issue on February 16, 1980. Besides being a parody of Superman and Batman, they took influences from Captain Marvel and even Captain Britain. Marvelman would be the British twin of Captain Marvel, but Captain Britain was Britain’s own Steve Rogers. Captain Britain goes back to 1976 and is said to have gained his powers from the legendary Merlyn.

Moving Over To Dandy & The Changing Origins

So after Dandy acquired Nutty in 1985, Bananaman would find a new home. He would also find himself with varying backstories. The simple story I explained earlier was not the original but more of a basic one used for the cartoon show.

The true origin story involved Eric being sent to earth from the moon as a baby. Since he was from the moon – and a crescent moon resembles a banana – that was seen as what would give him his superpower. They also took another cue from Superman and that was giving Bananman his own version of Kryptonite – moldy bananas…

He would also have his own Fortress of Solitude in the North Pole which was shaped like – you guessed it – a banana. There was also the idea to give him his own Supergirl in the form of Bananagirl who would be the sister of Eric.

A different backstory would be put in place in Dandy in 1991. In this version, they made Eric a normal baby again who ate the Saturnium filled banana which gave him his powers. The first version is the true origin story, but the basic one still has stuck over the years.

And this leads us into…

The Bananaman cartoon is where the majority of people would become more familiar with Bananman. It first came out in 1983 and ran until 1986. The basic backstory was put together to make the show more accessible to a wider audience. And a few other changes were added:

In the comics up until that point, Eric was more of a punk skinhead. In the cartoon, they gave him the look of a regular kid with longer hair – but that stuck up in two parts like a banana – but I always thought it looked like devil horns. They also changed a lot of the appearance of Bananaman and the characters by giving it a more cartoony look.

Eric was now called Eric Twinge, and there were some new characters including:

The cartoon featured the voices of the comedy troupe “The Goodies.” This was Bill Oddie, Graeme Garden, and Tim Brooke-Taylor.

We spent the summers in England and Bananaman was definitely one of my favorite shows to watch there. I never realized this, but Bananman aired on Nickelodeon in the States where they tried to launch it alongside Danger Mouse. It just could not attract an audience due to a few factors:

First, the idea is obviously bizarre and is tough to take as a stand-alone show without a backstory. Comics are obviously huge in the U.S. but the concept of a weekly variety comic like Dandy or Beano just isn’t a thing here. Part of the success of Bananaman in the U.K. is that he had already been introduced and kids were already familiar with the entire story and characters.

The Evolution of Bananaman

So besides the cartoon, Bananaman is still plugging along in the Beano and Dandy. An interesting fact is that he is only the second character ever to have a regular spot in both comics and the very first to be in both comics at the same time.

John Geering passed away in 1999 but had still been drawing the comic up to that point. He had drawn pretty much every strip for 19 years drawing nearly 1000 strips. Barrie Appleby and Tom Paterson would take over until 2003. Steve Bright would then take over the drawing duties of Bananaman where they kept the original drawing style. There were some issues from 1998 (that I still have) where the comic featured the cartoon show style of drawings which were used as comic adaptations of the show.

From 2007 to 2010, a lot of reprints would be used from the original era. I haven’t checked out Dandy or Beano for a while now but in 2010 there was a whole revamp of Dandy. A guy named Wayne Thompson took over the duties and gave Bananaman a whole new look.

I never realized there are no longer print copies of the Dandy as they stopped publishing in December 2012. Pretty sad, but I guess it makes sense, but it looks like that’s not even around anymore. R.I.P. Desperate Dan… Bananaman has moved over to Beano where Thompson continues to draw them. The digital Dandy version was drawn by Andy Janes for awhile.

I’ve dug around and Beano online has a whole page devoted to Banaman with clips from the cartoon, quizzes, games, and profiles of all the characters. Beano.com is actually pretty legit if you want to remember all these old comics and characters. Here’s a scan of a strip from an issue from November 9th, 1985…

So that’s a look back at Bananaman: The potassium-filled superhero. Like I mentioned, I was a huge fan of this from the time I spent growing up in England. I loved all the comics and characters in Beano and Dandy, but Bananaman really stood out.

It’s great to see that he still lives on at least online and there have actually been talks of a movie over the years. Comicbook.com had reported this back in 2017 and there was even a teaser poster that had been released – but I’m not holding my breath on seeing this come to fruition. And that’s a funny banana/fruit wordplay right there that if you don’t like, then I don’t know what to tell you. 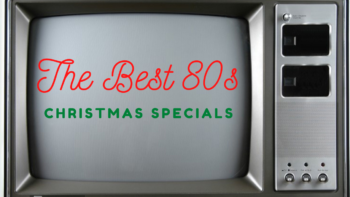