We’re starting to figure some things out.

In “E Pluribus Unum” it’s all about “out of the many, one”, and that’s what we’re looking at when it comes to the Mind Flayer. This thing is like a Voltron of sorts and the army its building may be for its own power.

This is my Stranger Things season 4 episode 6 review, and it gets intense with some hardcore battle scenes and the whole episode has a nice Jurassic Park type feel to it I found.

We realize more how the Upside Down really works and what the Starcourt mall organization is trying to do. So let’s check out chapter 6. But, if you haven’t caught up on everything yet, you need to check out my reviews of the first 5 episodes.

We’ve Seen This Before

We start with Dustin, and Jonathan seeing the giant laser, or “key”, trying to cut into the Upside Down. We’ll later learn that Eleven when closing the gate at the end of season 2, was able to weaken it. The Russians have learned that this weakening is the secret to cutting into it which they weren’t able to do with the portion of it they had tried on in Russia.

Dustin and Steve have to get Robin and Erica up to speed on basically everything they don’t know about what’s happened in the first two seasons. I guess they should have been watching…

Also, the laser/key is very ‘Death Star tractor beam’ as they watch this thing blast into the gate opening.

The rest of the kids, including Nancy and Jonathon, are still in the hospital where the goo of Ted and Bruce has formed together into the monster that we’ve been seeing through the various episodes. There’s an awesome bit of censorship as Max is about to drop an F-bomb that the monster roars over before Eleven beats the living hell out of it.

I like the amount of swearing used in Stranger Things. I think they could even ramp it up a bit as an F-bomb – timely used – can always be effective. But, I think they do a good job of using natural language as kids would but not making it overly gratuitous.

BTW: I think Stranger Things is the only Netflix show where I never skip intro as watching the title credits and hearing the music, always sets the tone for the show.

We then see the set up of the city fair happening as we hear “Stand Up And Meet Your Brother” by Possum River playing. Mayor Kline – who’s looking an awful lot like Gordon Gekko – is meeting with the Terminator while Murray, Joyce, Hopper, and Alexei are trying to negotiate while they watch Looney Toons. Hopper gives Alexei the chance to escape but calls his bluff to see him return while we hear the “Neutron Dance” play.

There’s also the interesting use of “The Wild Ride” composed by Danny Elfman from the movie Midnight Run here. It seems appropriate, but the movie came out in 1988 so who knows – it’s still catchy though.

Eleven has still been trying to track down Billy and is able to find him in her subconscious.

Taking Some Time To Bond

Erica and Dustin are trying to figure how to get out of the underground maze and they crawl out from beneath the floor in what seems like a nod to the stowaway compartments on the Millenium Falcon. While this is going on, Steve and Robin are having a heart to heart while tied up on some chairs. This reminded me of Indiana Jones and the Last Crusade where Indy and his father are tied up back to back. But both have them end up being drugged to make them talk.

The other kids are hiding out at Hoppers cabin in the woods and they realize they need to find the source of the Mind Flayer – and Eleven realizes that Billy knows. While in the black subconscious she finds him but he’s able to physically grab hold of her which wasn’t a possibility before this.

Eleven knows Billy is infected and tormented, and she wants to see what happened to cause all this. Dacre Montgomery who plays Billy is brilliant in this show and makes such a massive impact on all of Stranger Things.

In an amazingly surreal scene, Eleven is able to be transported back to California and witness Billy as a carefree child only to see the progression of all the darkness that began to impact him. Speaking of actors, Millie Bobby Brown is really amazing in this entire season.

We witness that Billy was really close to his mother, and his father and stepfather is the ultimate bastard. This has caused Billy’s abusive ways which we got a glimpse of in season 2 but now we see how it really developed. Does the Mind Flayer prey on the broken and that’s why it’s able to infiltrate and infect them? Will came from a bad situation – not as bad as Billy’s – but is the Mind Flayer able to recognize this vulnerability and target them?

Things Are Not As They Seem

Eleven is able to trace back the moment of the Mind Flayer/Billy connection to the steel mill but she comes to, not to reality, but to a phantom environment where Billy and Heather appear. Billy/The Mind Flayer informs Eleven that she’s the one that released him into the world and that she will have to let them stay. The “flayed” are now summoned to build a “super monster” which has been done for the sole reason to destroy Eleven. She’s the only thing that can prevent the evolution of the Mind Flayer.

This whole brilliant scene plays over the score “Glass – Satyagraha – Act II: Tagor – Confrontation and Rescue, which is a crazy intense theme. It’s from an opera based on the life of Gandhi and this score is meant to be about men who changed the world.

This was a super intense episode where we start to wonder if anyone is going to survive. Until the ending, I thought this episode had the most upbeat feel to it of the season. There are some legitimately funny parts in these episodes that have made me laugh.

There wasn’t a ton of 80s references as we’re purely driving the story now but oh, just you wait till the next episode… Here are a few things I noticed though.

So wrapping up my Stranger Things season 3 episode 6 review, I give it a B+ 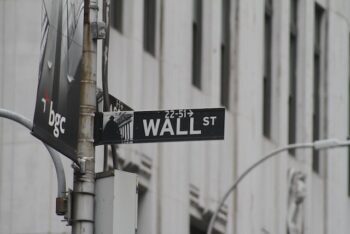